Ask for Clive - BOOK A REPAIR

We come to you, no matter where you are in the West Midlands, Staffordshire and surrounding areas. Swift Smart Repair are smart repairers that have years of experience in providing hassle-free: bumper dent repair, car dent repair and much more – for rental cars, lease cars, company cars, personal cars and even cars for sale.

Our services will save you a fortune when compared to a dealer body shop repair and will re-add value once again to your car or vehicle.

How Does It Work?

Call 07710 021814 or Message Us Online and let us know what you need repairing so we can give you a quote at great prices.

Book a place, time and date that suits you. We will come to you to repair your car or vehicle with the least amount of fuss.

A quality professional dent, scratch, bumper or alloy wheel repair simply adds value and class back to your car. 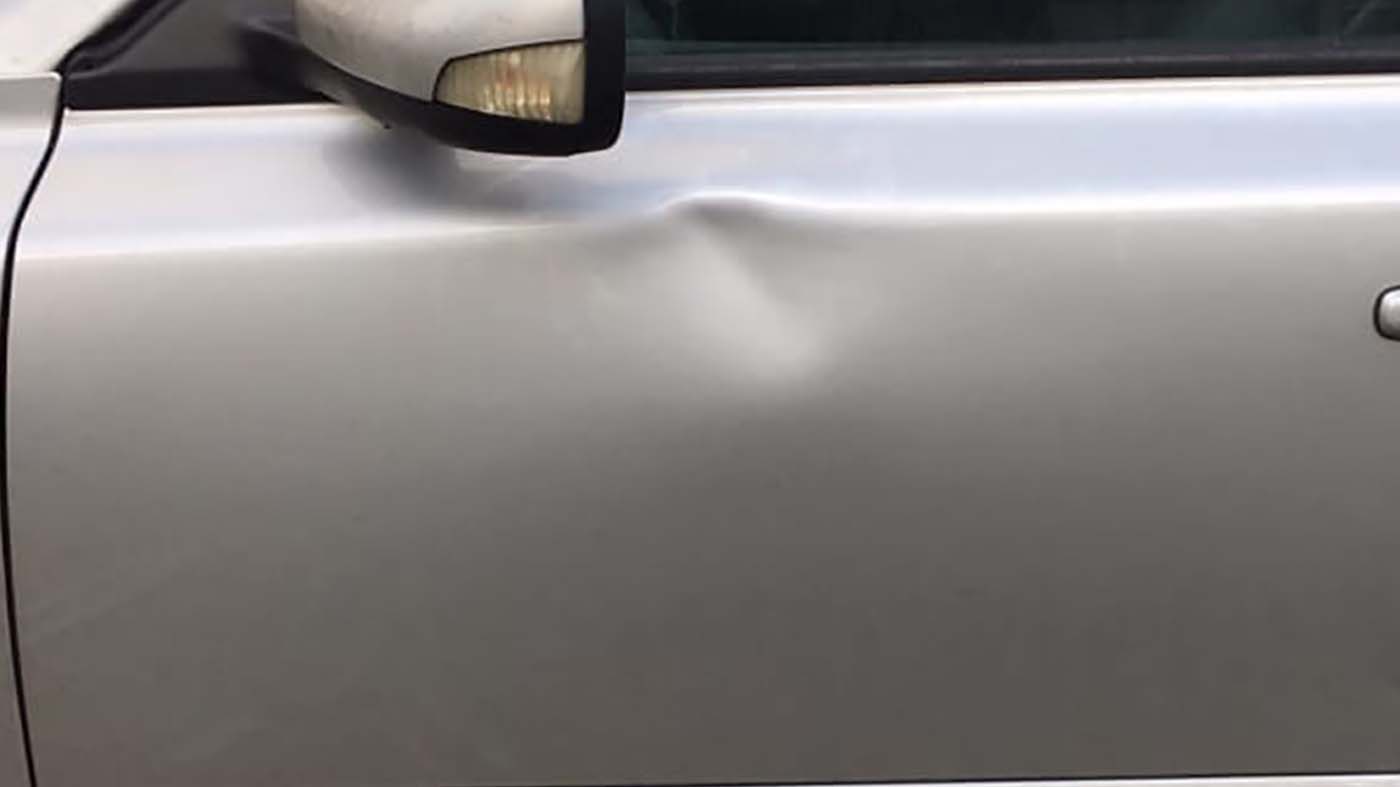 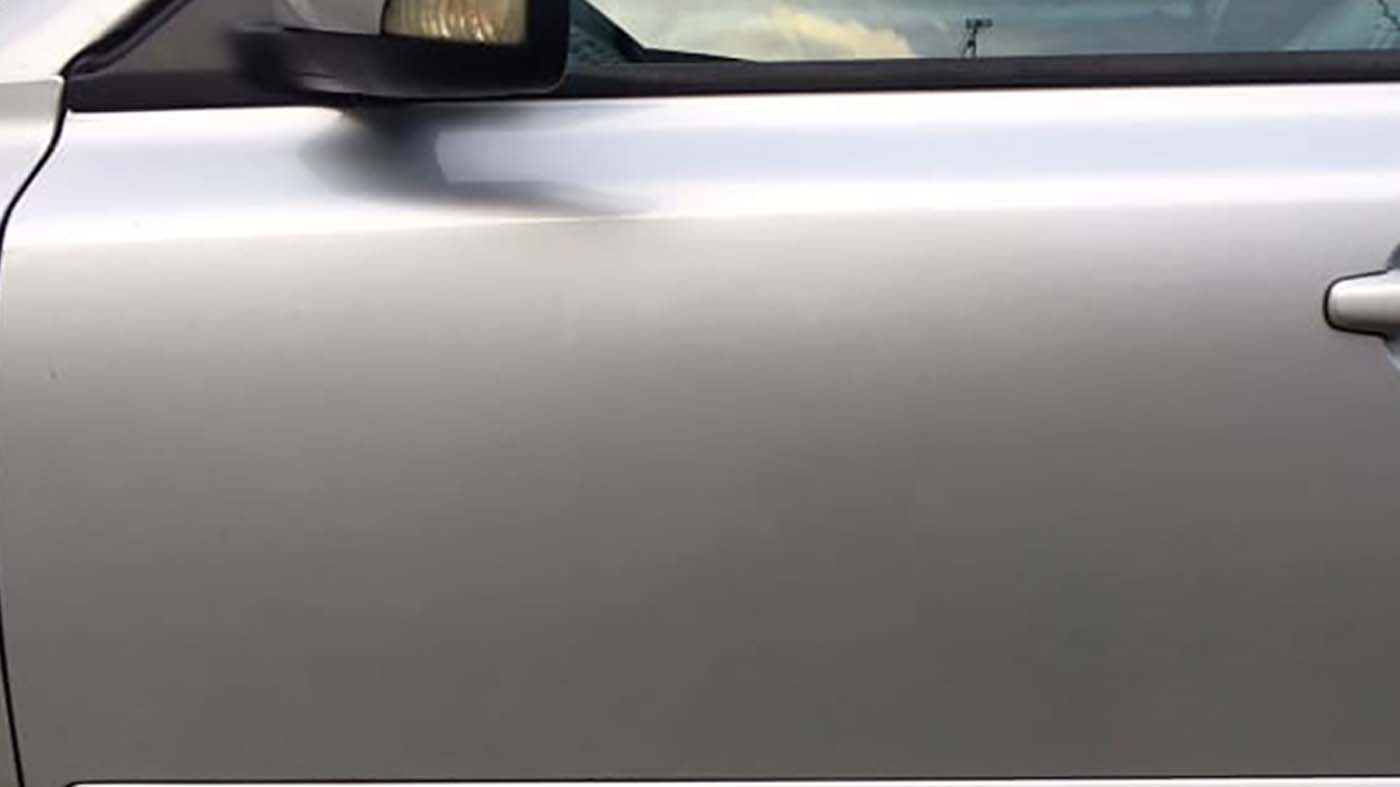 We take pride in our work. Check out our 5 star reviews.

Book In a matter of minutes

Clive is the best mobile repairer in the business.

Very perfection driven with his craftsmanship, to achieve amazing results. My car looks so much better after a tiny scuff & little scratches were removed. Please don’t hesitate to get in contact with him. Full of good stories He is too! Thank you so much Clive! 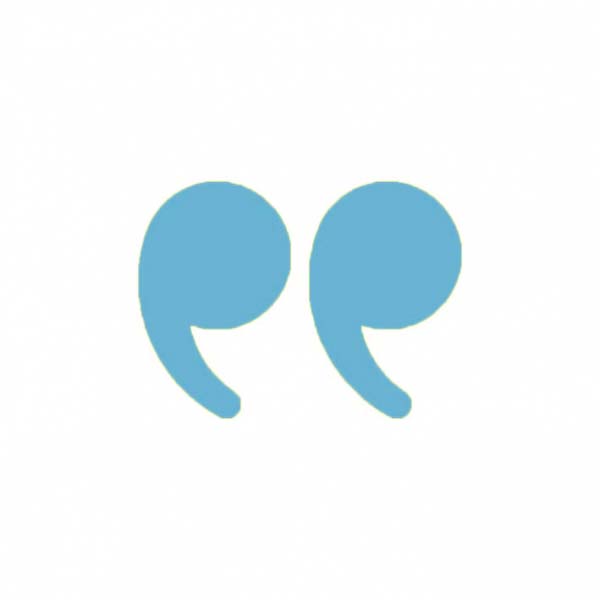 Clive always does a fantastic job.

He's fast to respond, friendly and always goes out of his way to get it sorted as quickly as possible. He's really convenient, and comes to your location to complete the repair - sets himself up and gets on with it! It's always a flawless repair... even when the damage is quite bad - and he's far cheaper than body shops! I'd always recommend calling Clive first, even if it looks like quite a big job. He's sorted out scratched and scrapes to full on dents for me! 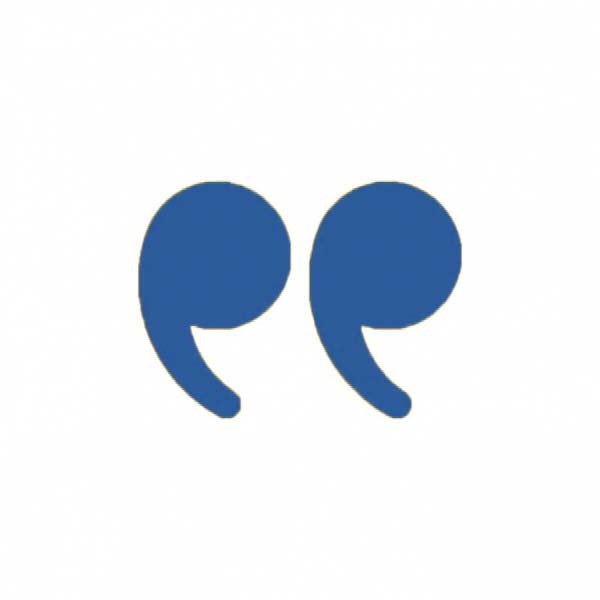 ...on repairing dents and scuff mark's on my car, reasonable price , would highly recommend.

Why you should rely on our Car Dent Repair services

Dents and dings can acne your car and avoid it from looking its best. With even minor repairs costing hundreds of dollars, vehicle drivers typically prefer the diy route. There are lots of aspects that determine what makes the best paintless dent repair tools, so we have actually taken a look at what's available on the marketplace to make this comprehensive buying guide.

There are kits for tiny, medium-sized, and big dents, and the average cost of the kits is generally a fraction of what you 'd spend for repairs. With the right dent puller, it's extremely simple to establish in your driveway or parking area. The finest PDR tools are delivered with comprehensive, easy-to-follow instructions (mobile car dent repair).

Dents are an eyesore that diminishes the automobile's value. You can fix this problem when you opt for the best car dent remover. If your lease is ending soon, getting the car into tip-top shape becomes a lot more of a top priority. Whenever you take your car to the buy bodywork, specialists are most likely to utilize power tools to sand the damaged location, add paint primer, etc.

It's cleaner and more secure to finish the job without plugging anything into an Air Conditioner outlet. The glue-pull PDR is a method utilized on dents and dings. It includes using specialized glue to connect a tool or suction cup to the dented part of the surface and after that pulling or twisting another tool to pull it out. 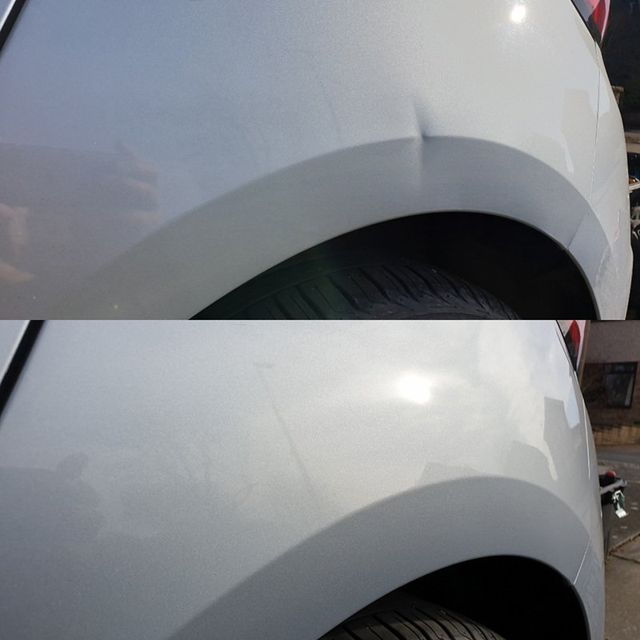 Why our Paintless Dent Removal Near Me services are trusted

This approach doesn't damage your car paint, does not need exhausting effort, and is environmentally-friendly. Push-from-behind PDR is finished by utilizing specialized tools, including rods, to press the dent from the back of the lorry's panel. The much deeper and wider the dent, the more time and manual effort it'll take to repair. 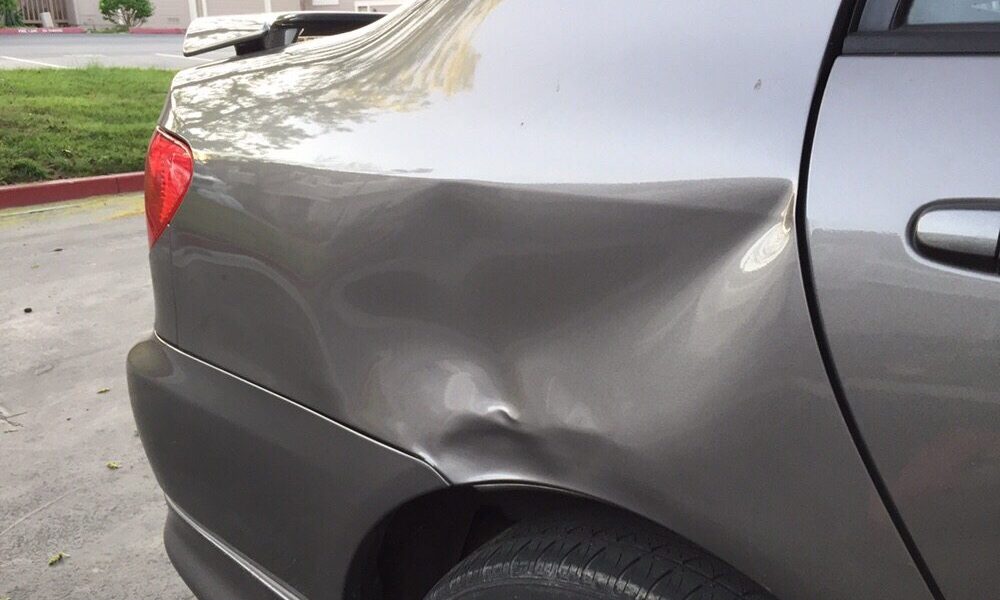 Why our Car Dent Repair services are relied on 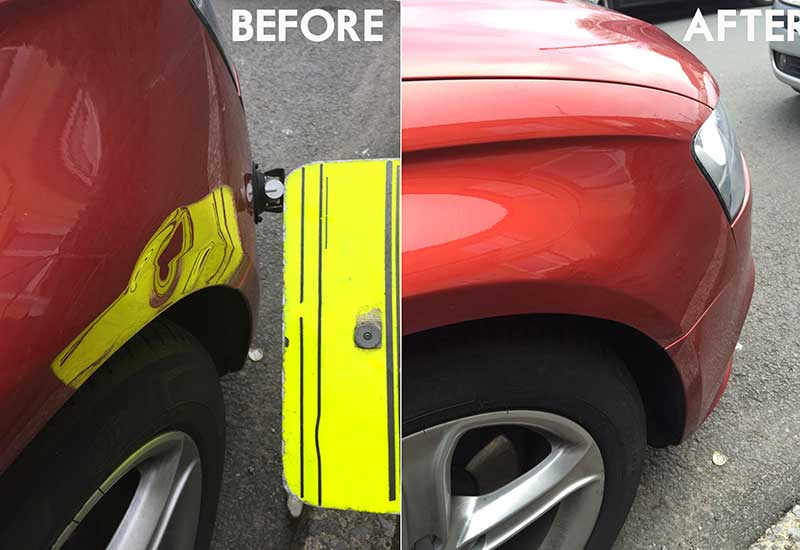 Why you should go for our Mobile Car Dent Repair service

It expenses itself as a professional maker and a truthful seller. Among its most popular items is the AI 92-piece Kit. The company behind this brand name is Shenzhen Gliston Innovation Co (Car dent repair)., Ltd. Formed in 2015, this Guangdong, China-based company concentrates on PDR kits. Among its successful items is the GLISTON Pops a Dent Tool Package.

Based in Shenzhen, China, the manufacturer expenses itself as a leading brand name of paintless dent repair tools and accessories. Among its most popular items is the Super PDR 41pcs Tool Set. Selecting the very best car dent cleaner is possible in this rate variety. Tools here feature stainless-steel dent pullers and a number of plastic and rubber parts.

Why our Car Dent Repair services are trusted

The very best dent puller packages you'll discover here function additional accessories and parts. It's not uncommon for packages to consist of 41 pieces or as many as 92 pieces. The larger variety of tools available implies more adaptability. These can help you take on any dent with self-confidence. This greater rate variety is specified by better craftsmanship and products utilized in the parts.

This workhorse of the set is often made with a big plastic manage and metal components. If you use too much pressure, the dent puller can crack or break. Many affordable PDR packages also include a dent lifter, which is made from steel and will hold up better over multiple usages.

You'll see most glue-pull PDR kits are packaged with more than a dozen colorful glue tabs and sticks. Using the supplied glue weapon, it takes only seconds to melt the glue down. While the glue is extremely strong, the tabs are quickly and rapidly eliminated utilizing the provided alcohol spray and rubber scraper.

These tools are made with stainless steel and feature sharp, flat, round ends to enter the hardest-to-reach locations of your automobile. Varying in length from 10 inches to 30 inches, you can utilize a combination of rods to fix the dent. Quality control is a recognized issue with dent repair packages.

The secret on how to Mobile Car Dent Repair

Packages come with warranties that enable buyers to get a refund, for any reason, up to two years from the date of purchase. Even the very best PDR set is vulnerable to the aspects. Be careful of using glue in exceptionally cold temperature levels; the glue may not stick adequately to your car's body.

It's best for the glue to dry in the shade or near room temperature level. Be patient and do not rush the repair process. The dent requires to be essentially massaged back into place, not snapped. Take the slow-and-steady approach as you work on the location to prevent slippage that might trigger additional damage to your car.

To repair this problem, you can choose an appropriately-sized tab, include something soft to secure the paint, such as a towel or thin cloth, and then carefully hammer the tab to flatten the bump. Glue-pull PDR packages are fantastic for smaller dents and are the simplest to use. With suction cup and push-from-behind kits, you'll need to put in some energy and might overcorrect the dent.

If you follow directions and do not have a freak mishap, there's very little possibility of damage. PDR kits are designed to repair the dent without scraping your car's factory paint. If a dent is too deep or extends the metal excessive, there's a slim chance you'll be able to fix it with a PDR package.

Safe and Effective steps to Paintless Dent Removal Near Me

PDR packages have restrictions. For typical dents caused by a stray shopping cart or a minor fender bender, a PDR set must work. Our leading choice for the finest dent repair package is the ARISD 32Pcs Car Body Dent Removal Set. This budget-friendly PDR kit features 2 separate dent lift tools and includes a glue weapon, glue sticks, and tabs, which implies you'll have whatever you need at your disposal.

A JOURNEY to the mechanic to repair an unpleasant dent can typically cause an even bigger dent in your pocket. However, there are genius hacks that permit you to fix different car mishaps - here's all you need to know ... 3 An amazing video shows a car completely rid of it's dented bumper using simply hot waterCredit: ViralHog If that sounds too great to be real, there are fantastic videos of car owners ridding their cars of a dent by pouring scalding water over the damaged area.

It ought to be said, that this trick will likely only work if your bumper is consisted of plastic. And while hot water can clearly work wonders, lots of people insist on using cold water on the formerly damaged area after it has actually returned to the original shape to assist cool it down and set it.

To help improve the suction levels of the device, you can employ the aid of a bucket - just make a hole in the bottom of the bucket and tape it to the vacuum nozzle. Location the device over the dent and turn on the cleaning gadget. If the dent is shallow enough, it ought to come out reasonably quickly. Car dent repair.

This strategy is most effective if the dent is little to medium in size. Just sprinkle some water over the area and place the plunger over the top. As you start to press and pull the device, the dent ought to start to pop out. 3 Dry ice doesn't simply belong on stage at a rock concertCredit: Getty - Factor Approved, dry ice isn't exactly a family product, but it can be an effective method of removing a car dent.

Get in touch now